In 2019, number of mobile devices exceeded 3 billion. People and startups are rushing to develop mobile applications. With so many technologies in the market, it becomes difficult to choose one for your project. This post explains pros and cons of these tech stacks for developing for mobile.

Users love native apps for high performance and tailored-to-the-platform UX. But it can be costly to get one developed because they take longer to build and multiple teams are involved. And the cost is one of key distinction between native vs. other development approaches.

For development, engineers get access to the device’s full feature set. This allows them to leverage advanced functionalities (memory management, complex networking, etc.). But, the biggest challenge is to run the app on multiple platforms because it is not possible to target multiple platforms with native apps. You build separate apps using native SDKs targeting separate platforms

Native apps run smoothly on the OS. Mobile developers tailor a native app specifically for a specific platform, which means they strictly follow the quality guidelines or HMI guidelines. The result is a native app that provides excellent UX and integrates seamlessly with the platform.

A native mobile application has access to all device’s features and the native API’s. In other words, it can use the functionality of other native applications and services. For instance, it can open a weather app or a calendar if needed. Also, native apps are compatible with other Google and Apple products. And that’s why native development suits best for creating complex mobile applications.

It’s no secret that platforms’ manufacturers encourage building native apps for their OS’. For instance, both Apple and Google mostly feature native apps on their virtual stores. And getting featured on App Store or Google Play Market is a dream for any startup. In fact, getting a featured spot on the Apple App Store can increase downloads by 800%

You have to keep in mind that native app development will cost you a lot. The reason is, you’ll have to develop at least two separate native apps to cover the leading mobile OSs. Additionally, you will have to assemble not one but two development teams.

2. Difficulties with Updates and Maintenance

Since there are usually several mobile development teams, feature updates and support becomes problematic. The reason being that you have to manage different builds on separate platforms.

Native apps take more time to develop than the cross-platform ones. Sadly, you can’t reuse native code for another platform and have to create mobile apps from scratch.

A cross-platform app is an application compatible with different mobile platforms. With Cross Platform technologies like Flutter and React Native one can develop truly native apps from a single codebase.

What’s more, since there’s only one codebase, it’s easy to change anything in the app. The mobile team can roll out updates to multiple platforms simultaneously. This way, you can quickly introduce new features or patches for both Android and iOS app versions.

Too bad, cross-platform applications don’t have access to all the native APIs. Also, they have limited access to OS features and often don’t work without an Internet connection.

Cross-platform mobile developers can’t follow Apple’s HMI guidelines and ignore Google’s. Because if they do, Android users will find it uncomfortable to use the app. So, a cross-platform application has to provide the same experience through all platforms. The UX has to be unified, which is not an easy thing to do.

Hybrid apps blend web elements with mobile ones. So, you create a codebase using standard web technologies (HTML, CSS, JavaScript). Then, you wrap it inside a native container – the WebView. The content within WebView is rendered as a plain old website. It is responsible for UX and access to the hardware functionality (camera, GPS, etc.). The latter, however, is quite limited in contexts of hybrid application development vs. native application development. Eventually, a user can get a standalone application in the app store.

Hybrid apps are websites at their core and they require a constant internet connection to deliver the full range of features to the users. This way, you may face certain difficulties when implementing offline access to a part of their functionality.

Also, comparing hybrid vs. native apps, we should say that it takes more time for hybrid applications to load all their elements and, respectively, they may work slower.

Due to the nature of hybrid mobile apps' architecture, they rely on plugins to access the built-in features of a device. The disadvantage of such a method is that those plugins can be out of date or unreliable. Moreover, developers may need to create plugins on their own in case there are no ready-made solutions allowing to access a certain part of the device functionality you need.

It’s something that must be at a high level regardless of what you choose: a native or hybrid app. Unfortunately, the user experience isn’t the strong side of hybrid applications since the interface for both iOS and Android platforms should meet somewhere in the middle. In case you focus too heavily on Android, the experience will be worse for iOS users and vice versa.

This mobile development approach is a relatively new name in the market. To some extent, progressive web apps or PWAs resemble hybrid ones. They’re based on web technologies and run in a browser. You do not even need to install them. Yet, you can still access the app on the home screen. On the other hand, they are progressive because the UX is significantly optimised. A PWA works offline, provides GPS access, push notifications, and many more for Android. For iOS (latest 12.2 release), your benefits will be constrained: no camera access, no default launch image, no installation API, and other issues.

For development, building a progressive web app is a royal flush. It is cheaper and faster than making a cross-platform app not to say a native one. PWA is also gainful from the talent perspective. You can go with Angular or React-savvy engineers since there is no dedicated PWA framework so far. E-commerce apps are the most frequent adopters of progressive approach for mobile.

There are no winners in the native vs. cross-platform app battle. A native app seems to outrun the cross-platform one in quality and functionality. But it loses big in terms of cost and speed of development. Also, a native mobile app is harder to maintain, while a cross-platform application doesn’t have such problems. It all boils down to one's needs, so choose your personal winner wisely :-) 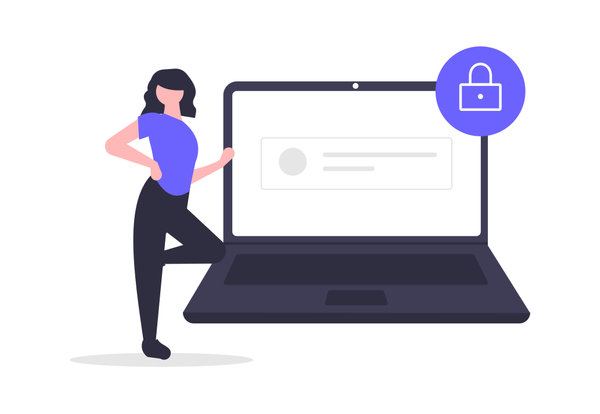